How a Gun Gets Made 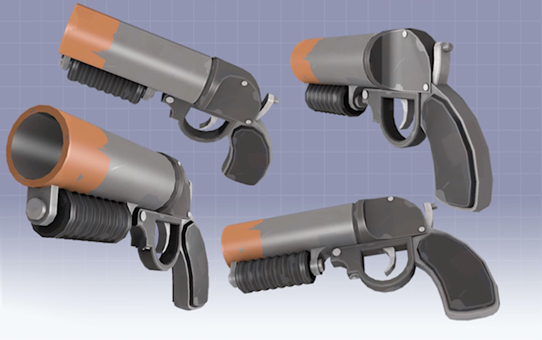 A lot of you have been asking how all those nifty weapons get made for TF2. Well, you’re in luck. TF2 workshop contributor Jalcober volunteered to talk you through exactly how he does it in his own words, tracking the progress of a pretty sweet Pyro gun he made called the Scorch Shot. But why not let him explain it himself:

"I started out with this excellent concept sketch from my fellow Steam Workshop contributor [Square]."

"Next, I created an image plane with the concept art on it and placed a cylinder primitive over it." 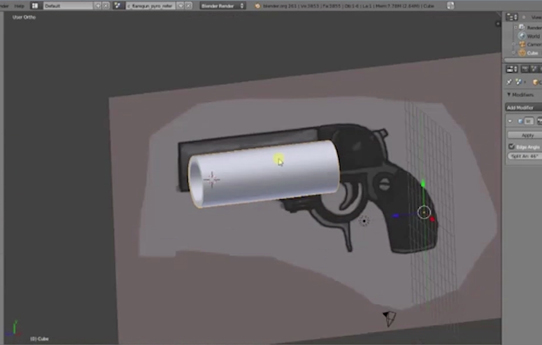 "Since I was hoping the gun would get accepted into TF2, I wanted it to match the size, style and polycount of the existing items for the Pyro. Luckily, I found an importer that brings Valve game assets into Blender (an open source 3D modeling tool), so I could load the Pyro’s existing flare gun up next to mine." 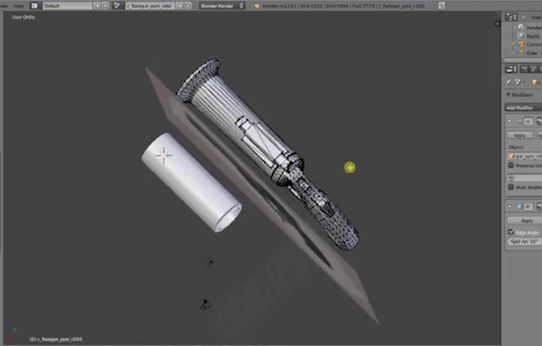 "Since I wanted the gun to feel like it was assembled from parts in the TF2niverse, I decided to make each piece separately. Each 'part' started out as a flat polygon that I traced over the concept art on an image plane." 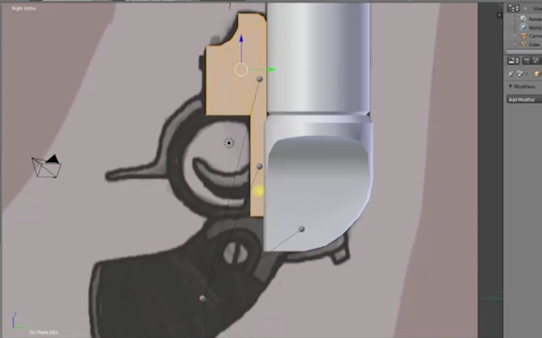 "Next, each part got extruded and adjusted for thickness." 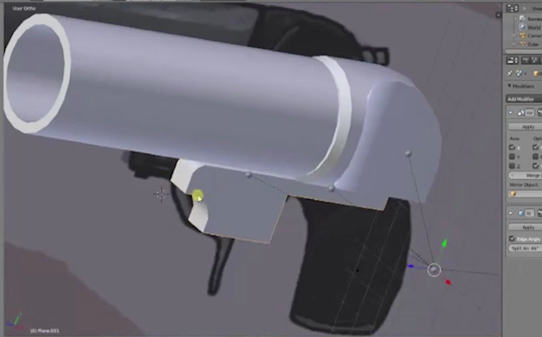 "I repeated this process to complete the rest of the trigger assembly." 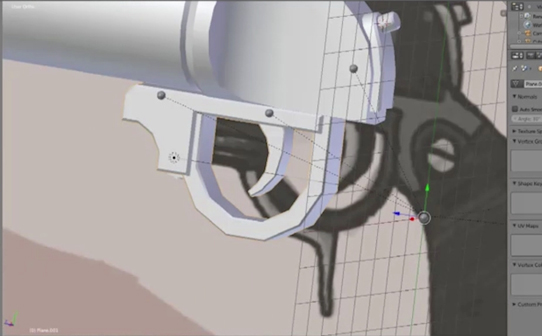 "It's easier to build half a model and then mirror across the centerline than it is to build the whole thing." 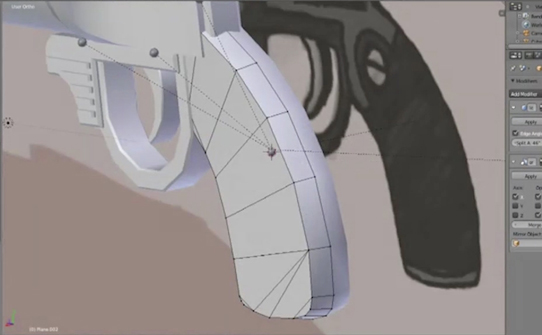 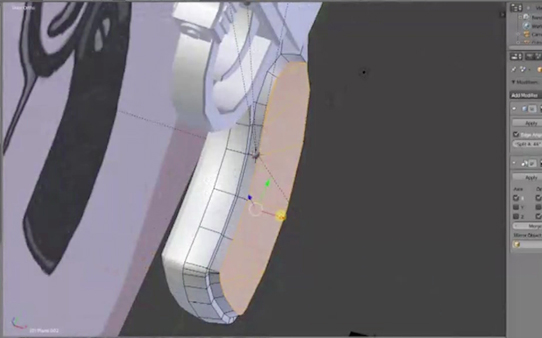 "I decided to add some smaller details the same way." 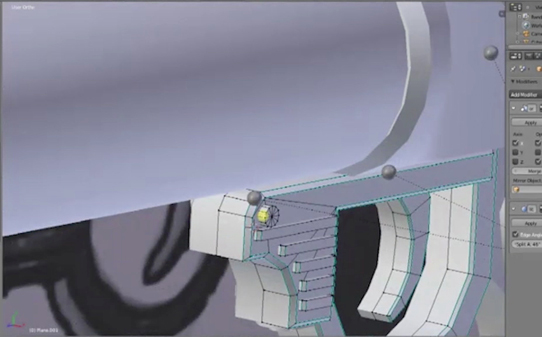 "Next, I added a cylinder to create the barrel grip and the mount." 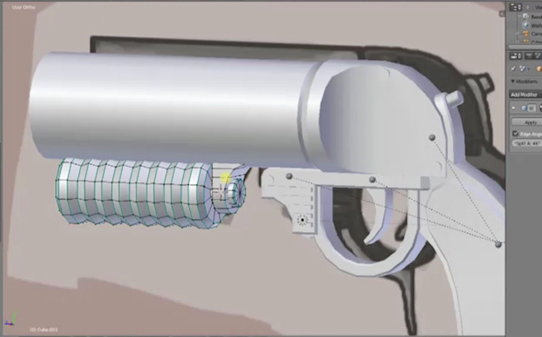 "With all the pieces complete, I created a flattened UV layout so that I could paint directly onto the model in Photoshop." 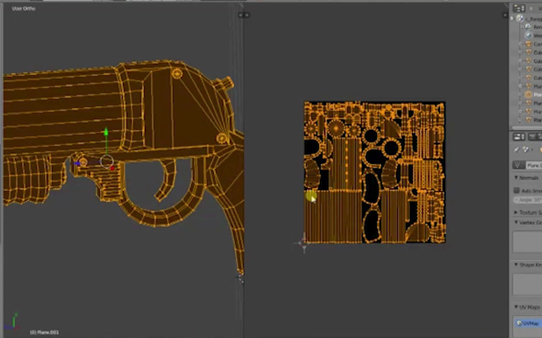 "Before moving over to Photoshop, I baked the ambient occlusion lighting into the texture so I'd be able to tell which parts were which." 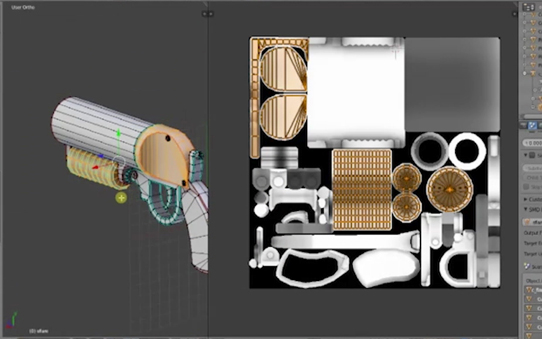 "Now I was ready to start painting the color texture map."

"Using [Square]'s concept art as a guide, I selected the regions of the 3D model that I wanted to be darkened." 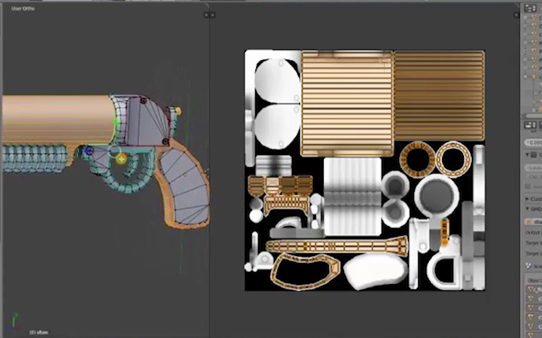 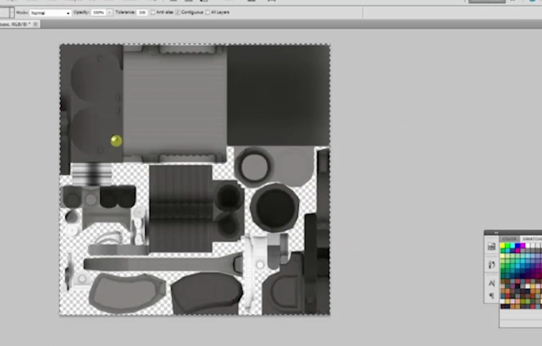 "Back in Blender, I turned off all the lights in the 3D viewport so I could see how my unlit texture was looking on the model while simultaneously painting it in Photoshop." 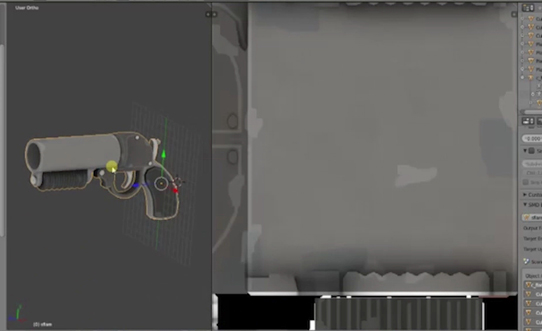 At this point, I took a screenshot of the gun in the 3D viewport and did a Photoshop paintover. This let me ignore the polygons and make broad changes with a Brush Tool without having to worry about the 3D scene complexity. When I was happy, I then merged these changes back onto the model in 3D. (I had to rebake the ambient occlusion layer because I'd moved the screws.) 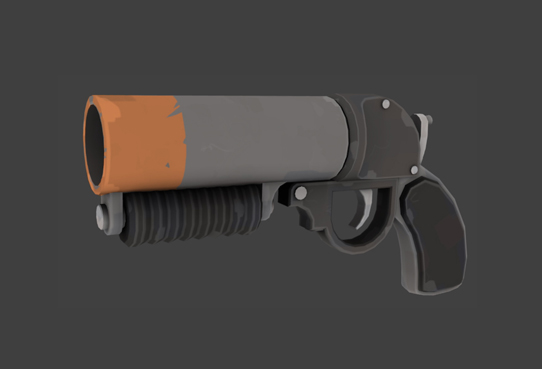 "Next, I compiled the model and tested it out in-game by using the item test map" 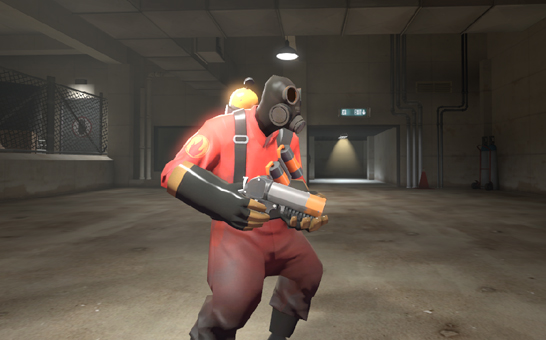 "Lastly, I published my item to the Steam Workshop and crossed my fingers!" 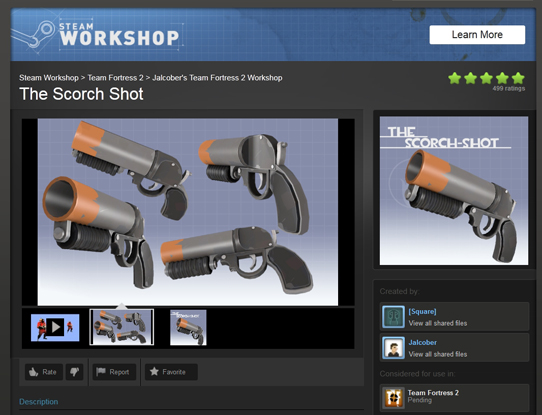 Thanks Jalcober! Now back at Valve, those of us in the TF Team are always reviewing items in the Workshop, and we thought Jalcober's flare gun model would be a great fit for the universe. We got in touch with Jalcober and asked if he could make some lower levels of detail (LODs) to help keep the game running smoothly on low-end computers. We also asked that he resubmit the item using the Itemtest Wizard file structure to make it easier for us to review the submission. 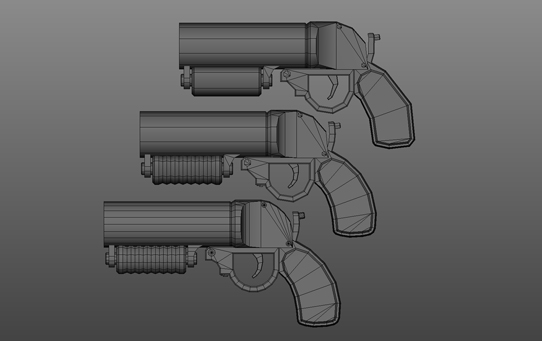 From here, the team brainstormed some ideas for gameplay that wouldn't unbalance the game, but would hopefully still be a fun new addition for players. We created a new particle system and began playtesting it in-game.

And that's how a concept becomes a working gun in Team Fortress 2. In fact, look for it in an upcoming update!

To learn more about getting involved in creating items for TF2, head over to the new Discussions section of the Steam Workshop! See you on the cap point!