Making of a Skull Hat

If you played the "Halloween Manor" event last year, you may recognize this spine-chilling skull hat. What you probably don't recognize is the terrifying secret process I used to create it. Well, brace yourselves for a Halloween-themed learning nightmare, because this step-by-silent-Dracula-step guide is about to reveal all the gory details of hat making. 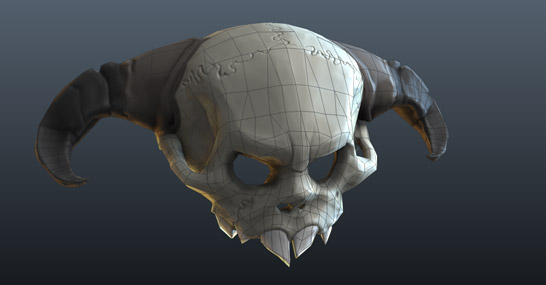 I thought this already existing noisemaker image would make a good starting point for a Halloween skull hat.

I converted the image into a 3D shape so I could sculpt on it. But after getting it to this rough point, I realized it was too close to the Spy's existing paper masks, so I decided to restart and try it as a helmet instead. 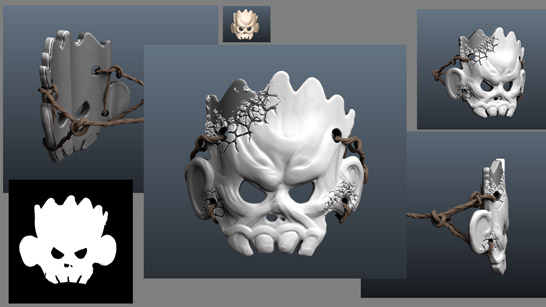 I bent the shape onto a sphere and sculpted quickly using a pressure sensitive pen. We like to try a lot of ideas, so it’s good to work fast and loose, since most of these ideas end up not working out. 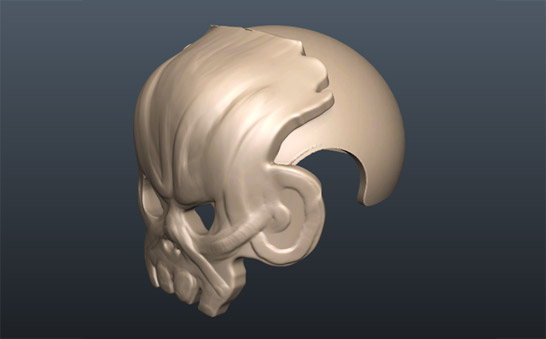 Even though the sculpt is a bit messy at this point, it’s good to take it all the way to the game to make sure there isn’t some unforeseen problem. 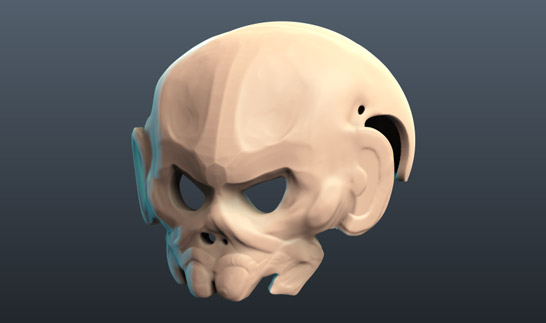 Using a topology tool, I drew a new polygon mesh* over the top of the sculpt.

*Keeping the polycount low is critical for maintaining a decent framerate once the object is in-game. A high resolution sculpt can be as expensive to render as the entire rest of the game! We try to keep hats under 1,000 polygons, and weapons under 6,500. 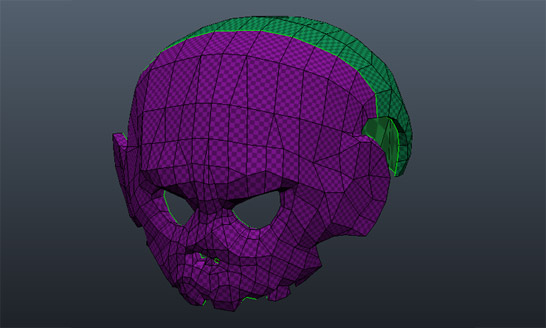 Next, I laid the polygon mesh out flat like a bear skin rug so I could texture it. In this case, the textures were created using flat colors with a rendered ambient occlusion pass layered on top. 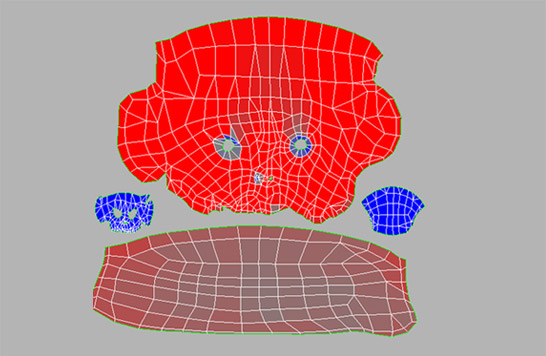 I compared the low polygon mesh against the sculpt to create a normal map. 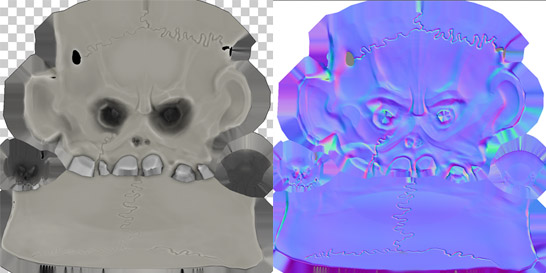 I skinned the mesh to the hat joint, and then placed it on each of the different characters to see how it fit. 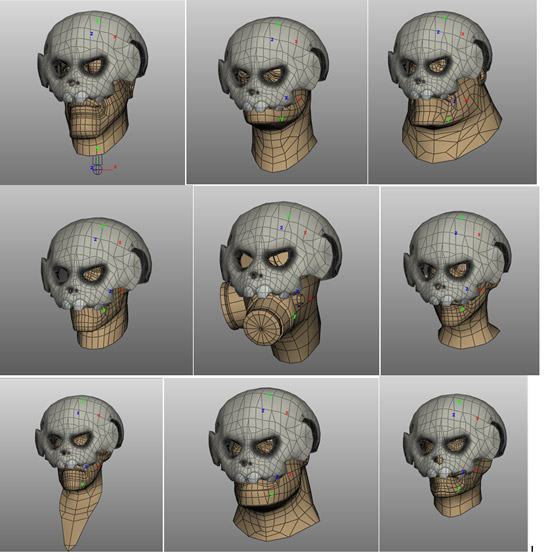 At this point, I decided it'd look cooler with some horns. I made a few variations and passed them around the team to figure out which one was everyone's favorite. 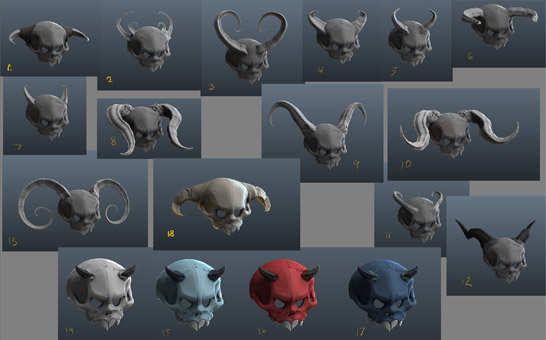 This was the winner.

I then tested the hat on each of the characters using the in-game itemtest feature. 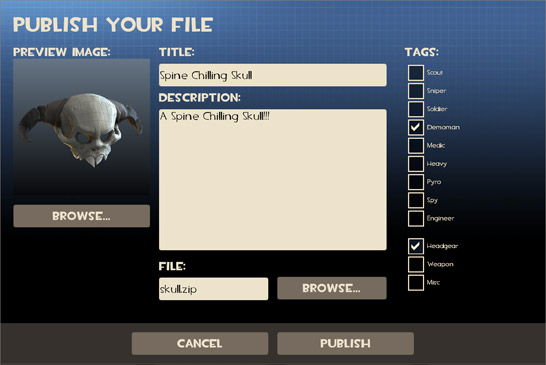 Everything looked good to go, so I created an icon and put it in the store! Players can now wear the Spine Chilling Skull in-game. If this was a community-made item, the money from item sales would get split between Valve and the item maker! 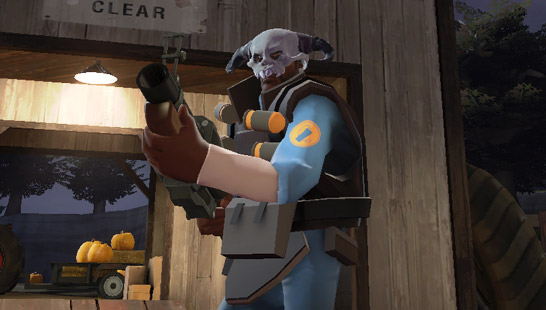 The TF2 team has just started working on an improved item submission process that will make it easier for community creators to test, share and track the status of their creations. The new system will allow the entire TF community to participate by browsing, rating and giving feedback on all submitted items. It's a major project, but we promise to keep you updated on our progress.