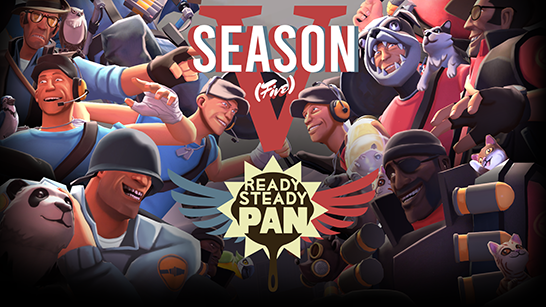 The ultimate place of competitive pandemonium has returned! The place where you can show off your mad skillets! The one and only: Ready, Steady, Pan!

Ready Steady Pan is a semi-competitive league involving the frying pan as the only damage dealing weapon allowed. As both a fun (and loud) format, and a way of introducing players to the 6v6 format and mindset, the basic requirement is for every player to have a Frying Pan equipped. Classes that cannot equip the pan are banned, i.e. Engineer and Spy, alongside Heavy and Medic for their high health and health regeneration abilities respectively.

You can find several links such as rules, help articles, and the map schedule on their website, pan.tf. You can also join their Discord server at discord.pan.tf.