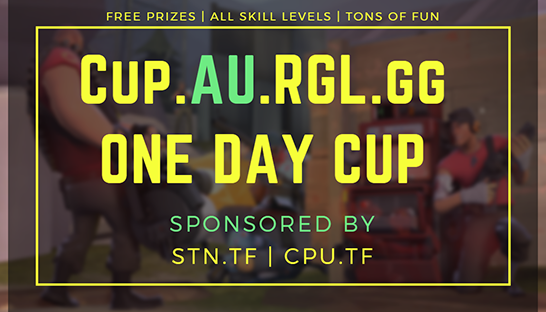 RGL.gg is bringing Prolander to Australia! Thanks to STN.tf and CPU Servers, we are hosting our very first Australian One Day Cup. This will be a FREE tournament open to players of all skill levels, and best of all, half of the teams that enter will win keys! During the cup, you will be playing against teams of similar skill, so you don't have to worry about playing against the top players. Additionally, if you don't have a team, you can queue as an individual player and be placed into a team by us!

The cup is on July 21st, starting at 4pm AEST. Every team will play at least three matches, on payload and king of the hill maps, with the cup will lasting about six hours. New team registration ends on July 18th. Players who are looking for a team can post in the LFT section of the RGL cup website. More information and registration is at the Cup.AU.RGL.gg website.