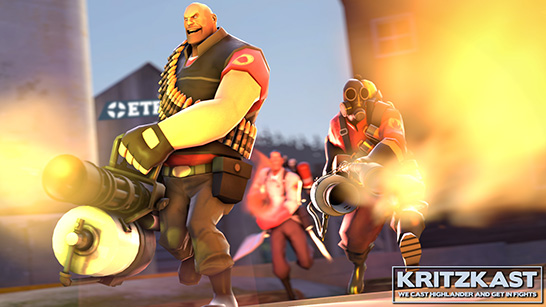 An influx of fresh talent made for interesting Highlander Premiership Playoffs in the 15th Season of ETF2L. As with any conflict, many have fallen before the final fight. On a pile of defeated players stand two teams. First seed, :elephant: a new team comprising some already legendary players. Facing them, after a preseason roster shake-up, is the new form of Feila eSports.

We can't tell you who to root for in the Grand Finals, but we can be certain it'll be a close and furious battle in a best of 3 map series.