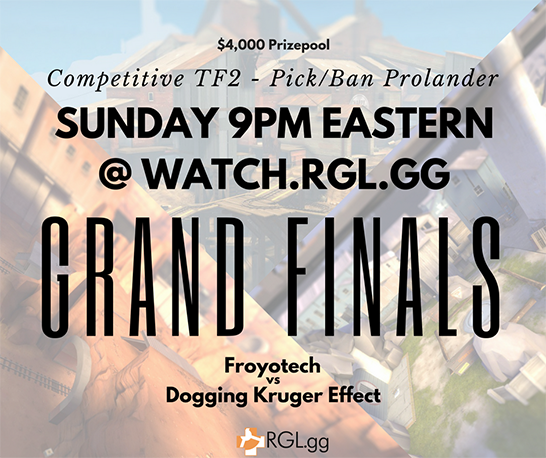 The Grand Finals are finally here for the Pick/Ban Prolander league hosted by RGL.gg. Froyotech will take on dK in this final match of the season where they will be fighting it out for their share of the $4,000 prize pool. These teams met in the first week of the season on Badwater with Froyotech coming out on top, but now dK has switched up their roster and are looking stronger than ever. Find out which of these teams will come out on top this Sunday night at 9pm Eastern on twitch.tv/extvesports.