As with the first Left 4 Dead game, most of the TF2 team has moved over to help out Left 4 Dead 2 get through its final shipping steps. This time around, though, we've improved our process a little to ensure we can keep some people on TF2, enabling us to continue doing TF2 updates. We've been a bit slow on updating here, and there's plenty of stuff to talk about, so we might as well jump right in.

First off, a quick update on where we are with the character model and animation sources. After we got over our excitement of releasing them, we ran into a couple of problems:


As a result, it's taken a bit more work than we'd originally intended. And to make sure that the work is being done right, we decided it'd be best to get one model out, if only so we could get your feedback on it before we went ahead and got the rest done. So today we're updating the Source SDK to include all the model and animation source for the Heavy. Take a look at it, and be sure to send us your thoughts.


Finally, we've had a lot of requests to release the official set of "Ubercharged" avatars that Dhabih did for our internal TF2 clan. You can buff up your community profile by getting them from the Official TF2 Community page or grab the zip of them here. 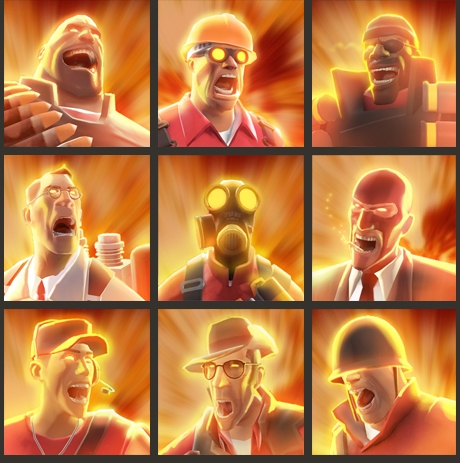