Okay, this does not look good here. Umm...

The Scout was one of the first TF2 classes we worked on when we decided to try out a more stylized approach to the game. As a result, his concept art is further afield, and in the eyes of our artists, much more embarrassing. This might be exacerbated by their desire to not have people looking at a piece of their artwork and not liking it, from an artistic point of view. Concept art has a different purpose than that, and so the effort to make it look great is usually unnecessary. In short, there's a special place in hell that all our artists hope we'll go to for showing you their concept art.

Dhabih threatened us in various ways not to show anyone his Scout concepts, so we told him we wouldn't do that. Luckily, he doesn't read the internet much, preferring to spend his time sipping lattes at locally owned organic vegan coffee shops, so if you don't tell him you've seen this concept art, we won't. 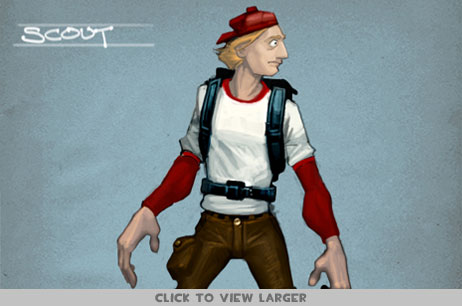 Here's one of the earliest ideas for the Scout. We thought that a wired-up-on-coffee bike messenger had the right body shape for the Scout, and would provide a variety of fun animation possibilities. 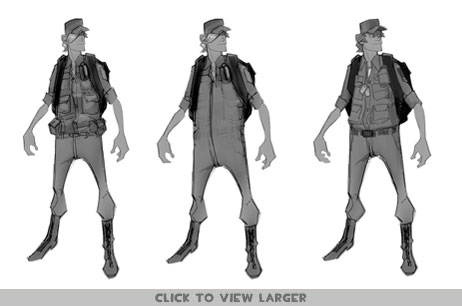 This succession of Scouts was produced around a point where we were still exploring the transition from the older military version of TF2 towards a more stylized set of unique individuals. 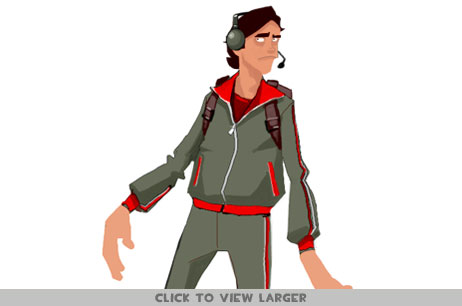 We're really not sure what this one is all about. Dhabih refused to talk to us about it. 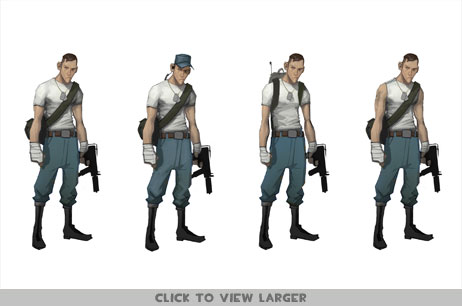 Much later in the process than the preceding images, this piece shows how we explore a variety of smaller details once we've decided on the overall character and silhouette. Here, we're making minor changes to the silhouette without affecting the overall shape relative to the other classes, and we're exploring clothing and accessory options for animators, voice actors, and game designers to use.