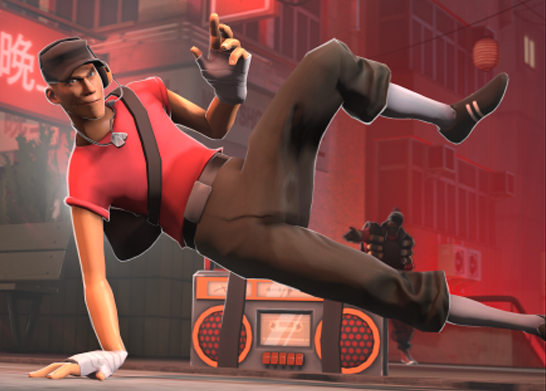 Hey, what's up, everybody? We're adding taunts to the TF2 Workshop!

What are taunts? They're character-specific animations you can trigger in-game to either announce that you've just shot someone or would like to be shot yourself. And now you can make your own! We've been blown away by the quality of item submissions in the Workshop so far, and this feels like the next logical step to letting creative folks in the community help make the game even better. If you're a talented animator, there's now a whole new way to contribute content. And if you're not an animator, you can still look forward to getting a lot more ways to express yourself on the battlefield in 2015.

Now, as we all know, almost everybody in the TF2 community is made up of Bruce Wayne-like philanthropist billionaires, so most of you can tune out for this paragraph. This next part is aimed specifically at the very slim margin of you who don't already have enough money and would like more. That's right! The TF2 team will be regularly selecting top-rated taunts in the Workshop to be sold in the Mann Co. Store.

Be sure to check out the Workshop Taunt FAQ for more information on how to create and upload taunts.