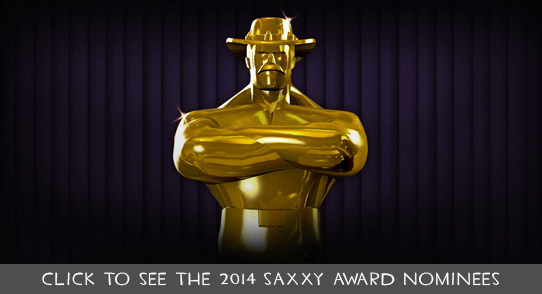 It's Hollywood legend that a young Steven Spielberg broke into the Universal lot to start his movie career. Less well known is that Francis Ford Coppola poisoned the head of development at Paramount with bleach, or that George Lucas knifed six guards in a prison riot to get Star Wars made.

There are two takeaways from this. One: America's filmmakers are degenerate thugs. Two: Security was a more relaxed in the Seventies. We wouldn't advise aspiring young filmmakers trying anything like that in 2014.

Luckily, you don't have to. Introducing the nominees for the 2014 Saxxy Awards, who were able to be incredibly creative without being the prime suspect in a string of brutal unsolved murders in 1974 (John Carpenter).