Get Voting For the Saxxys! 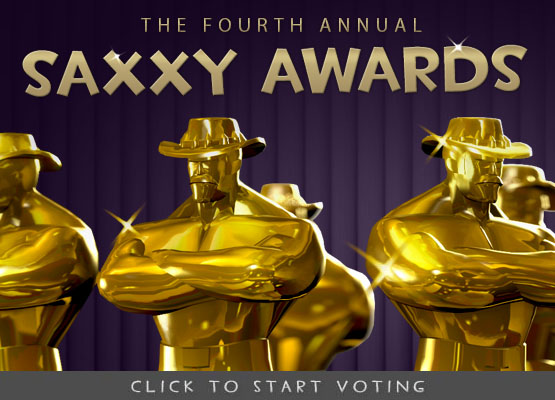 The summer blockbuster season is over, which means we're heading into Oscar season, which means a lot fewer movies with talking raccoons breaking out of space jail and Captain Americas Legolassing fighter jets and a lot more movies with Colin Firth being sad.

But just because theater movies won't get fun again for six months doesn't mean there isn't anything good to watch. Why? Because voting has started on the Fourth Annual Saxxy Awards! With Portal and Left 4 Dead assets now in the mix, this promises to be the biggest Saxxys yet.

Voting ends 11:59PM PDT on Monday, September 29th, so if you want your upvotes and downvotes to get counted, get in there and start watching! (Also, if you could help us out, don't forget to downvote entries that violate the Saxxy Awards rules: No ads, and the short must link to any music/assets that weren’t created by the submitter.) Head over to Source Filmmaker for more information and contest rules.