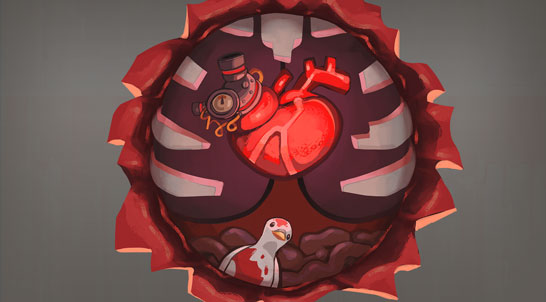 As geniuses go, Isaac Newton is probably the top-rated genius of all time. He didn't just invent motion and gravity—when the crappy math of his day wasn't getting the job done, he took an afternoon off and invented calculus like a champ.

But then instead of telling anybody he invented calculus, he hung out in his pajamas making immortality potions and looking for the lost city of Atlantis, and somebody else invented calculus first. What we're saying is, for a genius, Isaac Newton was kind of an idiot.

So it was nice to watch some real geniuses (the TF2 community) waste no time at all submitting your brilliant inventions to the TF2 Merchandise Workshop. Not even a month after we announced the Merchandise Workshop existed, there are already top-voted community designs currently on sale at WeLoveFine, with plenty more great stuff on the way.