New Comic and What We're Working On! 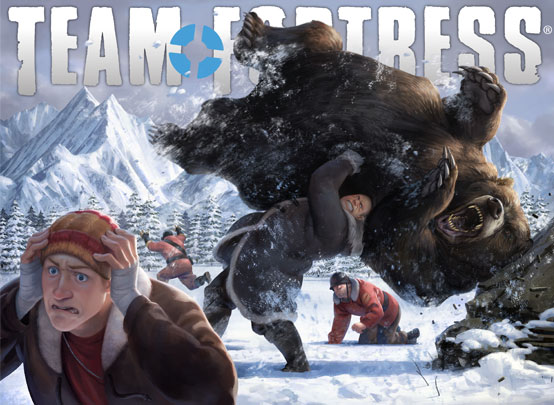 Team Fortress Comics #3 is live! You can catch up with Issue #1 and Issue #2 here, or just keep reading for the ultra-fast TL;DR version:

Gray Mann has taken control of Mann Co., the mercs have disbanded, and the Administrator has disappeared! Six months later, the Administrator has tasked her assistant Miss Pauling with getting the team back together for one last mysterious job. With Demo, Spy, Scout, Soldier and Pyro already on board, Pauling must find the rest of the team before Gray finds her. Meanwhile, Saxton Hale has reunited with Maggie, an old flame, only to discover she is now working for Charles Darling, his greatest nemesis. All caught up? Good. Here's Issue #3.

Let's see, what else? Oh, we're also working on a Moonbase! It's got a whole bunch of interesting new gameplay and we're pretty excited about it. We think you will be too. Here's some concept art: 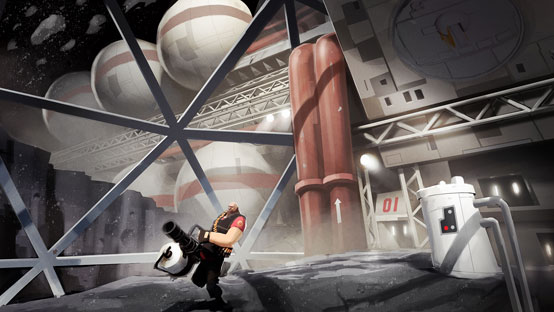 Last thing: taunts! We're working on a way for you guys to upload your own taunts to the Workshop, which should be a lot of fun. We're also animating some new ones ourselves that we think you're going to love. We'll leave you with a tiny preview: