There's never been a better time to submit 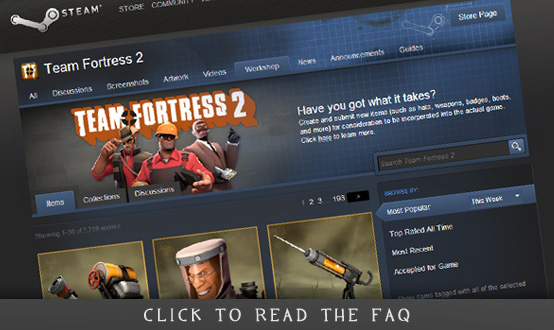 Over the weekend we hit a new landmark, with over ten million dollars paid out to over 400 contributors and partners. And close to $250,000 of that figure will be paid out to the sixty-plus people who created the Robotic Boogaloo update.

If you just read that last paragraph and are kicking yourself for not making that beard of bees sketch a reality, here's the good news: We've also done a bunch of work improving the item submission tool, so it's never been easier to submit. The tool now automatically tests new creations against a set of standards, meaning anything you create is now significantly more likely to be game-ready.

You can now also see how your items will render on TF2 characters within the tool, making the creation process itself even quicker. Plus, every item submitted through the tool will now be tagged with a gold star, showing everyone that it's been vetted. FYI, our next update is going to ship exclusively with "gold star" items, and there's going to be no limit on how many we'll include. (Check out the Workshop FAQ for more info.)

In short, there's never been an easier, faster or more rewarding time to submit to the Workshop. If you're not making that beard of bees dream a reality, let's face it, at this point it's probably a motivational problem on your end.